Since 2007, Apple has been producing iPhones and other new technology that everyone craves. Each new iPhone model comes with its own number of prototypes before the final product is unveiled to the public.

Over the years, Apple fans have seen various iPhone prototypes appear on the internet; and, for the most part, they have been similar to the first iPhone that was released in 2007 and its later models.

However, a few weeks ago, we talked about the importance of prototypes in the inventing process. For Apple especially, prototypes play an integral role in creating the best product on the market. A prototype of the first-generation iPhone was recently released, and we couldn’t imagine if this product had actually gone to the production stage! When we heard about this prototype, we wanted to explore the origin of the first-generation iPhone.

So, how did the original iPhone go from this? 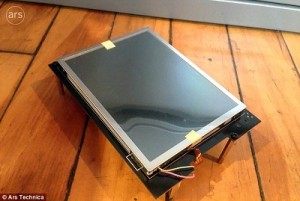 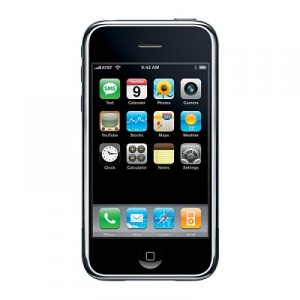 Well, for starters, before the world was introduced to the first generation iPhone in 2007, the original Apple design of the first iPhone was two inches thick with a 5”x7” inch screen. This size is much like the iPad Minis that we see today!

Steve Jobs, the late Apple co-founder, revealed, in 2010, that his company had actually started work on a tablet before it eventually became the iPhone. The initial prototype included a large display screen that suggested this device may have actually been intended as a tablet-style device.

Jobs later said that he had the idea of having a glass, multi-touch display that would allow users to type with their fingers. Soon after Jobs made the request, his team came back with a prototype equipped with the multi-touch technology.

However, despite receiving the prototype, Jobs and the rest of the company decided that it wasn’t the right time to continue the development process for a tablet. Nonetheless, the creativity and innovation for a new product did not stop there. The technology that they had developed in the prototyping process, in particular, the touchscreen scrolling, prompted the company to build a smartphone. This smartphone would become the first-generation iPhone.

As consumers, sometimes we don’t realize that companies go through a series of trial and error when creating prototypes. So, the next time you buy an Apple product or any product for that matter, let your mind imagine what that product may have looked like in the prototype stage. Because after seeing what could have been with the first generation iPhone, anything is possible!