Since today is Memorial Day, we thought we would take a look at some of the products that make it possible for us celebrate the memory of our American heroes, and to start the summer off with our favorite tradition – having a cook-out.  While many things we eat at a cook-out (e.g. beef, watermelon or corn on the cob), which doesn’t have an inventor other things were either invented or had a visionary who brought it to the masses.  So let’s take a look at the people who enabled us to have a grand old cook-out for Memorial Day. 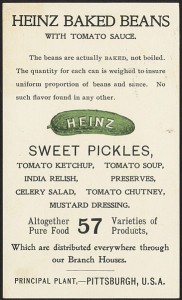 So there you have it; a little history on some of the people involved with creating or popularizing some of our favorite cook-out staples.  Now all we need is a tall cold drink and some good friends and family.