Yesterday was the anniversary of the death of a very important inventor in American history, but a man that most people probably never heard of—Elmer Ambrose Sperry.  Sperry was a prolific inventor, creating advanced compasses and gyroscopes for the United States Navy to stabilize ships, airplanes and aerial torpedoes. He also invented the gyrocompass and advanced targeting controls for accurately controlling naval bombardments. He spent 50 years of his life creating and innovating, and at the time of his death on June 16, 1930, had filed for almost 400 patents. To put that into perspective, the incredibly prolific inventor Thomas Edison filed for about 200 in his lifetime. So let’s learn a little more about Elmer Sperry, the man who is remembered by many as the ‘father of modern navigation technology.’ 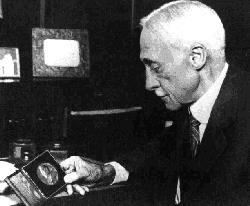 Sperry was born in upstate New York in 1860.  He seemed to have a natural gift for inventing. The story goes that he invented a horseradish grater to help his grandmother in the kitchen when he was only six years old. He was educated at the State Normal and Training School followed by two years at Cornell University where he became interested in dynamos. He left college early and moved to Chicago to start his own company; the Sperry Electric Company which made dynamos and arc lamps. This would be the first of eight companies Sperry would start over his lifetime.

In 1890, a man named G.M. Hopkins invented the first electric gyroscope, which is basically a disk mounted on a base in such a way that it remains in a fixed position despite the movements of its base.  Sperry saw that this device might be used to replace magnetic compasses, which didn’t work well for navigation on steel ships because of the magnetic interference of the metal. After years of experimentation, Sperry created a functional gyrocompass system, a navigation device impervious to magnetic fluctuations caused by the ship itself. 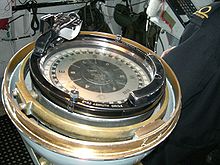 By 1908, Sperry had patented his gyrocompass and founded the Sperry Gyroscope Company in Brooklyn, New York. By 1911, the US Navy installed the gyrocompass in one of its ships and by the start of World War I, the Navy was using the device in all of its ships. In another invention for the war effort, Sperry created a device he called ‘Metal Mike,’ the first gyroscope-guided autopilot steering system designed to keep a ship on a set course without human monitoring. In 1915, he also introduced high-intensity arc lamps used as a searchlight, by both the Army and Navy.

Through World War I and into World War II, Sperry’s company expanded as military demand for its technological devices climbed. Sperry also applied the gyroscope to airplanes for the Air Force. He invented more devices for aircraft, creating one to give fliers ‘artificial horizons’ which enabled them to fly in heavy cloud cover. His company also created innovative radar systems, and introduced automated take-off and landing systems.

In addition to all of the marvelous inventions Elmer Sperry created for naval and aerial navigation, he invented and patented a wide range of devices for civilian use too, such as new types of street lighting, electric trolley cars, an electric automobile, new mining machinery, railroad safety devices, and even a lighting system for motion picture projection. But it’s for his contributions to modern navigation that he will always be remembered, especially by those involved in naval navigation. In fact, the Navy held him in such high regard that after his death, they named a Fulton-class submarine tender, the USS Sperry, after him. Pretty high praise indeed. 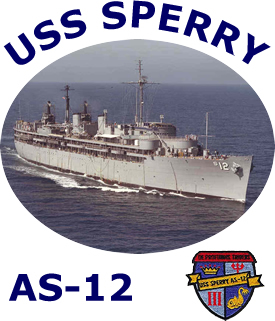