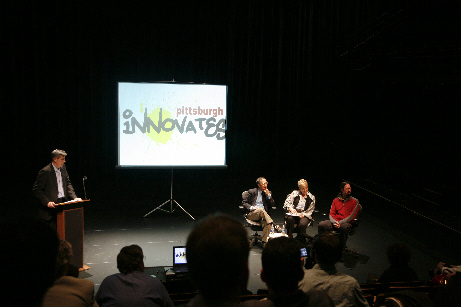 Inventionland was featured at the Pittsburgh Innovates contest awards at cityLIVE! Monday night as one of the top 10 out of more than 75 entries. People from 58 countries cast more than 40,000 votes for their favorite innovations in the Burgh. Although the “world’s most creative workspace” did not win a prize, video clips of Davison’s Inventionland were shown and it was also a point of discussion.

While talking about fostering creativity through creative workspaces, one of the four panelists pointed to Inventionland and commented, “It can be done.” The moderator also stated, “We’re all very familiar with Inventionland.”

They and all the other Pittsburgh innovators surely will become even more familiar with Inventionland in the future!