Heads Up for the Latest MLB Invention

With the 2014-15 MLB season in full effect, players are working to get back in the swing of things — pun intended.

Of all the players on the field at a time, the pitcher is constantly in the line of fire. Whether they throw a curveball, fast ball, two seam or anything in between, there is always a possibility that as fast as they threw the ball towards home plate, it can come just as quickly back in their direction and potentially cause an injury, namely to their head.

Over the past few months, the implementation of a safety invention has been swirling around the league. 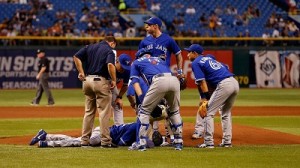 The latest baseball invention is that of the padded pitchers hat, which was invented to help reduce the damage that can be caused by line drives to the head that have led to terrifying injuries.

The padded hat was approved in January 2014. Although it is optional for major and minor leaguers, it is still a step in the right direction toward player safety.

Made by 4Licensing Corporations subsidiary, isoBLOX, the safety plates are sewn into a hat and are custom fitted. Although this sounds like a simple adjustment to the current hats that pitchers wear, the plates will add an extra six to seven ounces. To put it into perspective, a standard cap weighs about 3-4 ounces and a baseball weighs five ounces. Despite the fact that the latest invention will add some extra weight, it will offer protection to the forehead, temples and sides of the head. 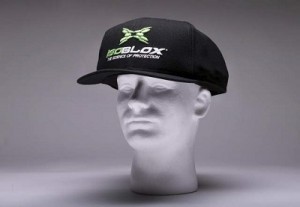 The padding in the new caps is comprised of plastic injection molded polymers that are combined with a foam substrate. Although that sounds confusing, it basically boils down to the fact that the invention is designed to absorb and disperse the energy of line drives up to 90 mph in the front and 85 mph on the sides. The padding, which is about a half-inch thicker in the front and around an inch wider on the sides, has been sent to New Era, who is the maker of MLB’s official custom-fitted caps.

Although the padded cap invention has been MLB-approved, it is not required and pitchers have the choice whether or not to wear the cap. It will be interesting to see how many pitchers will actually adopt the new protective caps this year.