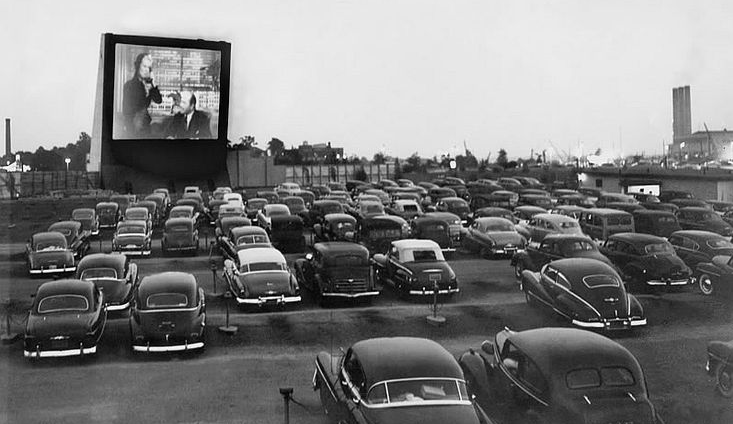 We’ve come a long way in the past 40 years. It wasn’t long ago that you could pack the family into the car and head down the road and see a drive-in movie. One company is putting a new spin on this classic concept. The Ford Motor Company envisions a world where humans kick back and watch a movie in the comfort of their own car while the vehicle takes them where they need to go.

Ford was granted a patent for an “Autonomous Vehicle Entertainment System.” Just imagine– an entertainment system for your car now that you no longer have to focus on the road while “driving.”

For is not alone. Other tech companies, google for example, also aim to produce driverless cars. Only Ford, however, has considered the creature comforts that will keep us occupied during the ride.

Motorists would be able to choose when the car is in which feature, allowing for human intervention if necessary. Drawings supplied with the patent show removable front seats. This suggests that the drivers will need to decide in advance if the trip will be autonomous or if they will need to do some driving.

Ford has plans to develop this driverless technology; however, it could only be used in defined conditions such as highway driving or in smart cities. Basic driver assist features such as lane correction, hazard warnings, and autonomous parallel parking will also be available when the car is not in driverless mode.

No matter which you choose, this is pretty exciting technology that will lead way for many other technological innovations in the future.