Dispensing Some Facts about the Invention of the ATM 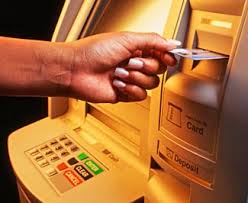 Now, it’s time to withdraw some more details about each of the three most notable inventors of the ATM.

Let’s start with Luther Simjian. His invention idea was creating a “hole-in-the-wall machine” that would allow customers to make financial transactions. In 1939, he applied for 20 patents that were related to his invention. He also field tested his ATM machine in what is now known as Citicorp. However, six months later, the bank noted that there was little demand for the new invention idea and refrained from using it.

Next, James Goodfellow was given a project while he was a development engineer with Smiths Industries Ltd. in 1965. The project that he was given was to invent and develop an automatic cash dispenser. In conjunction with another company that would provide the secure physical housing, the team also was to develop a mechanical dispenser apparatus. The newly-designed system that he developed consisted of an encrypted card that the machine would read. To support this mechanism, he added a numerical keypad. This invention was given a UK Patent. Additionally, this invention also was covered by a US Patent and a few other patents that were granted by many other countries. 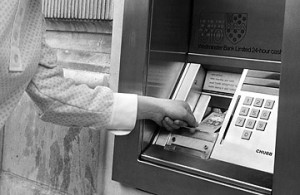 According to BBC News, John Shepherd-Barron is widely credited with the actual invention of the ATM. In this case, the world’s first ATM was installed right outside of North London in a branch of Barclays Bank in 1967.

At first, his invention was known as De La Rue Automatic Cash System (DACS) which was named after the company who produced the first ATMs.

Despite the fact that many names have been credited with the invention of the ATM, whether it was Simjian, Goodfellow or Shepherd-Barron, there is one commonality and that is that all of their ideas were molded into the ATMs that we use in this day and age!