Inventions come in all shapes and sizes and spring forth from some very unique situations. Sometimes, the most common things that we know and use today are born from interesting origins.

Behind every invention is a creative mind and today, we wanted to take a look at some of these inventions and their beginnings! 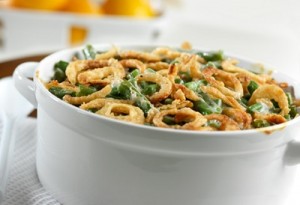 Green Bean Casserole– Every Thanksgiving, amongst the juicy turkey and all the fixings is usually a delicious dish called green bean casserole. Although you might have thought that some grandma years and years ago invented the recipe, you might be surprised at its real origin. In 1955, the Campbell Soup Company created this famous recipe to help improve the dwindling sales of their Cream of Mushroom soup. We think that it’s safe to say that their recipe invention has definitely bolstered the sales!

Santa Claus– Who wears a red suit, has a snow white beard and is busy around the month of December? If you guessed Santa Claus, you are correct! But, did you know that prior to the 1930s, Santa was depicted more like a bishop than the playful, jolly man that we know today? In 1931, Archie Lee, from the D’Arcy Advertising Agency was working with Coca-Cola in order to create a campaign that would show a wholesome Santa who was both realistic and symbolic. So, they hired Michigan-born illustrator Haddon Sundblom to invent advertising images using Santa Claus.  Inspirations for these images were taken from Clement Clark Moore’s 1822 poem A Visit From St. Nicholas. Although some people believe that Santa wears a red coat because red is the color of Coca-Cola, Santa appeared in a red coat prior to Sundblom paining him. These re-invented paintings debuted in 1931 in Coke ads in The Saturday Evening Post as well as in Ladies Home Journal, National Geographic, The New Yorker and others! The ad was paired with the slogan, The Pause that Refreshes. These ads re-invented the way that we know Santa, today! 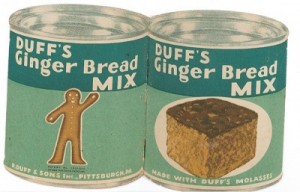 Boxed Cake Mix- You can have your boxed cake mix and eat it too! Sometimes, there is nothing quite like a slice of delicious cake. However, the idea behind the invention of boxed cake is a little unclear. Two invention stories swirl around, one of which was that they were an invention that came after World War II when companies had too much flour. Another story that surrounds this invention is that boxed cake mixes were invented in the 1930s when a Pittsburgh company (our hometown!) P. Duff and Sons had too much molasses. On December 10, 1930, John D. Duff applied for a patent for an “invention [that] relates to a dehydrated flour for use in making pastry products and to a process of making the same.” The first Duff baking-mix patent was granted on October 24, 1933, but, by that time, the Duff Company had already been perfecting their formula. By June 13, 1933, the company informed the U.S. Patent Office that they had made a major update to their invention, which is perhaps the biggest in cake-mix history- a cake mix that required the home baker to add fresh eggs. To this day, sometimes all that you need is a slice of cake and the idea of boxed cake mix is still serving up a slice of invention history!

Although these inventions span a wide range from green bean casserole to boxed cake mix, all the way to jolly old St. Nick, these inventions show that although they are common and we may not take a second glance at them, their initial ideas came from curious situations!

But, as we always say, the invention world never stops and as we speak, invention ideas are sprouting from interesting situations!