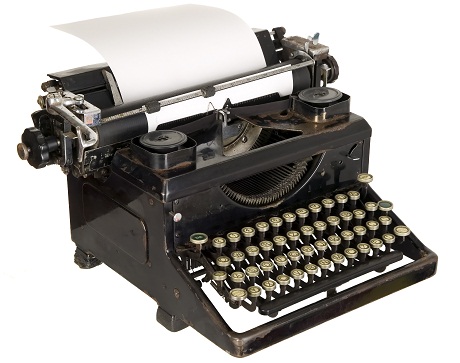 This month, we celebrate an invention that, thanks to the many enhancements made to it, is nearly obsolete in today’s technologically-advanced world!  Yes, September 1873 marks the first time a practical typewriter was commercially sold.

The “Sholes & Glidden Type Writer” was not widely successful, but it did pave the way for a worldwide industry that continues to evolve and revolutionize what was very time-consuming and tedious office work.

The American-made invention originated in the multi-talented mind of Milwaukee, Wis. publisher, politician and philosopher Christopher Latham Sholes, during the Age of Invention.  At the time, Sholes was working in Kleinsteuber’s Machine Shop, trying to produce a machine that would automatically number book pages.

It is believed that one of Sholes’ colleagues suggested he further advance the idea by devising a way the equipment would print the entire alphabet.  With that prodding, the typewriter was just a few strokes away.  Not surprisingly, when it finally was released, the “Type Writer” was named in part for Carlos Glidden, a man who worked with Sholes at the machine shop! 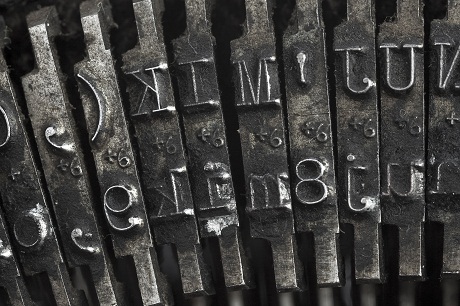 Sholes created the simple device, which utilized a piece of printer’s type on a small rod that was mounted to strike upward onto a flat plate.  The plate held a piece of carbon paper, sandwiched together with a piece of stationery.  Using an old telegraph key mounted to the base of his device, Sholes tapped down on his new invention and watched as the little type jumped up and hit the carbon paper against the flat plate.

And that was pretty much it!  The space bar and enter keys came later, but Sholes did construct the machine to include the entire alphabet.  Sholes’ prototype was sent to Washington as the patent model and still exists – although it’s locked in a vault at the Smithsonian!

Along with investor James Densmore, Sholes brought his typing machine to gun maker E. Remington & Son; but, because he lacked patience when it came to marketing the invention, Sholes sold all his rights to Densmore, who kept the idea afloat.

Originally, the “Sholes & Glidden Type Writer” was brought to market with brightly decorated decals and gold paint.  It had a QWERTY keyboard, but could type only in capital letters.  Similar to an antique sewing machine, the “Type Writer” also included a foot treadle for carriage return, possibly because a Remington sewing machine engineer had recently been transferred to set up the “Type Writer” factory!  The company also offered a table model, which did not include the foot pedal. 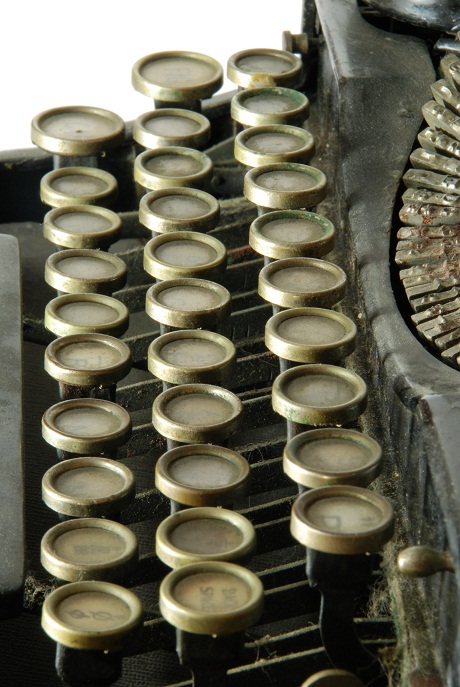 Five years later, a second model was introduced and it included upper case, lower case and a shift key.  The colorful panels disappeared and a new black-framed look emerged.  This, the “Remington No. 2,” became a big seller and catapulted the typewriter industry… that is, at least until computers, cell phones and iPads were invented!

Whatever it is that we’re typing on today, Mr. Sholes, we thank you for your innovation!

Information for the article provided by Earthlink.net and About.com.