Over the years, Davison has been proud of the feedback we have received from creative clients. In some cases, these individuals have tried to pursue ideas on their own with no success, or they are trying to develop something for the first time. In either case, Davison offers creative individuals the same thoughtfulness and experience we apply to our own new products as they are prepared and presented to corporations.

Below are a few testimonials from individuals with new product ideas who we have helped.

Andrew said he would recommend Davison to other individuals with new product ideas, and he described all the staff as “very helpful, thoughtful and considerate.”

“All the people at Davison have just been wonderful people to work with … They’ve been very fair with me; I have greatly appreciated that.”

Andrew would definitely advise other inventors to pursue their ideas.

“If you’ve got an idea, don’t hold back – continue to develop it … If they bump into me, they’ll be advised to go to Davison.”

“Overall, it’s been a good experience,” said David. “They keep me updated on the standing of my product.”

Because of that, he said he would definitely recommend the company to other individuals with new product ideas. He has some encouraging advice for other inventors.

“Just follow your dreams and hope it comes true.”

After doing extensive research about different companies, Albert chose Davison to develop his new product idea because it has been around for a while and has “the best reputation of everyone.”

Albert paid a visit to the design facility in 2007 and viewed the prototype of his new product idea. “It more than met my expectations.”

“My overall experience working with Davison has been absolutely positive from the start until now,” said Albert. “Davison has always met every expectation so far; it’s been a very good experience … Everyone I worked with has been fantastic, and they kept me updated.”

Albert said he has already recommended Davison several times. When individuals who have new product ideas ask him for advice, he always asks them if they want to do it all on their own or have somebody do the work for them who can develop a product more economically.

“The cost is reasonable and fair.”

Everyone he has talked to at Davison has been helpful in explaining all the steps in the process.

“I have had very good instructions.”

Hien said he would recommend Davison to other inventors who think they have a good idea. He also has some other ideas for new products he might like to pursue someday.

He describes his overall relationship with Davison as a pleasant learning experience and says his director answered all his questions.

“All the people I’ve been working with have been very knowledgeable and polite.”

Gregory has several other invention ideas that he is eager to get going on. He said he would “definitely” recommend Davison to other inventors and, in fact, he has already done so. The only advice he is to be prepared and to learn to be patient.

“It doesn’t happen right away.”

James said his experience working with Davison has been positive, even though it’s been a bit time consuming. He also has some advice for other inventors who are hoping to develop a new product.

“They should try to design their product to best fit the consumer. Some people have it in their mind what they think it should be, but what they see as a positive use for it, the average consumer may not.”

Kenna describes her experience working with Davison as “just fine” and said her new products director really helped her explain her idea.

“They’ve been more than helpful and informative and in keeping up their end of the bargain.”

Kenna would definitely recommend Davison to someone else who is trying to develop an invention idea, and she is interested in possibly inventing other products.

Client: Pritpal, from OntarioThis client said her overall experience with Davison has been “very, very helpful. They’ve been constantly in touch with me, and I’ve been able to get in touch with them. It’s been a great experience for me.”

She also appreciates the good working relationship she had with her new products director.

Pritpal said she would “absolutely” recommend Davison to other inventors because of the great working relationship. She also would tell inventors to follow their dreams.

“If you believe in something, go for it.”

The client said the director of licensing was “a real gentleman” and his new products director was very punctual with phone calls and great to work with. Confidentiality was and is important to Andrew.

Andrew has recommended Davison to someone he knows who is trying to develop an invention idea because, he said, the company is so thorough. He also has some advice for other individuals who have an idea.

“Ask questions and be very patient.”

Mary is pleased with her overall working relationship with Davison.

“I think it’s been quite a good experience. Everyone has been pleasant.”

The client said she never would have been able to put in the work that the design team did, and that she “probably would have been discouraged” if she had tried to do it on her own.

Mary said she “sure would” recommend Davison to other inventors.

Kevin said his experience working with Davison has been good, and he likes the fact he is being kept informed and getting regular updates from the director of licensing. He also appreciated the directness and promptness of his new products director in contacting him with information.

The client said confidentiality was very important to him and that he is glad Davison does thorough pre-development work.

“When you have an idea and want to go with it, it’s kind of like your little child and you want to protect it.”

Kevin would “absolutely” recommend Davison to someone else who is trying to develop an invention idea and he has have some advice for other would-be inventors.

“Go with your gut feeling and don’t over question it; don’t over think it. Come up with a basic plan and run with it the best you can; you can always fine-tune it later,” he said.

“Not enough people go with their gut instincts anymore. You don’t want to see it in the stores and say, ‘Hey, I thought of that.'”

He describes his experience with Davison as “excellent and professional” and everyone he has worked with has been great, from his new products director to the licensing director.

“Andy’s kept me informed; he always calls on time. Davison’s been true to their word.”

The client highly recommends Davison to anyone else with an invention idea.

“I was a little apprehensive at first, but you have to think big.”

Gary has some advice for other inventors who are hoping to develop their ideas.

“Listen to Davison. They’ve been there, done that. They know what to do; just put your trust in them.”

Confidentiality was very important to James, who said he would recommend Davison to someone else who is trying to develop an invention idea. He would tell other inventors to be aware, however, that the process can take some time and that they should be informed, prepared and patient.

“Make sure you have a good plan when you go into it, and have a backup plan and know everything about the process.”

Alton was concerned about confidentiality of his idea after contacting Davison, so he put away the mount prototype he had built and didn’t tell anyone about it. His new products director walked him through all the steps in the beginning.

“You couldn’t ask for a nicer guy to work with,” said Alton. “He kept in touch and was very easy to reach.”

The inventor said he would recommend Davison to anyone else who is trying to develop an invention. He also has some advice for them.

“I had a couple people who asked me. I told them right off the bat – they need to contact somebody like Davison. It’s more than they can do on their own.”

In our business, we come across a wide range of new product ideas, each focusing on a specific industry. Behind each of these ideas is a person who has stepped out from the norm of society and has had the desire to make a change for the better. They believe that what they have created will improve the quality of life for others.

“I am writing this letter to express my appreciation to you and your staff at Davison…. I can honestly say that Davison did exactly what they promised…. I was never promised that my idea would or would not become licensed.”

“I can’t thank you people enough for what you have done for me. Davison is a company I would recommend to anyone who has an idea and doesn’t know where to go with it.

You people have been so nice and helpful. Thanks again.”

“This has been an exciting process. I have been kept apprised by the Davison staff throughout the journey and really felt like part of the team. They have been my cheerleaders, support system, and mentors. I have nothing but positive thoughts regarding Davison and its staff of knowledgeable employees. I would highly recommend Davison to anyone interested in pursuing their idea!”

“Fear of the unknown is what keeps people from pursuing their hopes and dreams, but I can say working with Davison eliminated any and all of my preconceived, negative notions… To my delight, working with Davison was smoother than I could ever imagine. Your colleagues who assisted me from beginning to end have been exceptionally understanding and patient with me. They held my hand through the entire process.”

Along the way, some of these individuals have met with criticism from people who didn’t believe in the new product idea. Instead of accepting defeat, the individual chose to continue believing in their idea and pushed forward in the face of adversity.

“I am writing today to say thank you to you and to everyone at Davison who worked with me. You worked so hard on this project, all the while keeping me well informed every step of the way. I always felt like I was part of a team. Again, I want to say thank you so very much and God bless you all, and I hope to work with you again sometime in the future.”

“Sometimes we sort of gave up. We are Canadians, and some people only gave us words of discouragement. But we never gave up, as we would never know if we’d done well or not.”

Most people with new product ideas generally have more than one such idea, and most can attest to having seen ideas that they came up with (but didn’t pursue) on the market. They had been just waiting or wondering what to do while someone else solved the problem with the same new product.

“I’ve been trying for many years to find an honest company that could represent my product and I just couldn’t find one. But when I found Davison, they were very honest with me. I really recommend them. They’re really faithful.”

“For years I had been thinking of new inventions, but didn’t know how to develop them or who to approach to manufacture or market them. Those ideas just sat in my head until I would see them for sale- invented by someone else!

Developing, presenting and licensing a new product is not a quick and easy process. In most cases, it takes time, patience and perseverance while waiting to see if your product is licensed.

If there is any advice that I could give to prospective inventors it is this: Believe in yourself and your product. Be patient and persistent. It definitely will not happen overnight, but don’t give up! You have nothing to lose.” 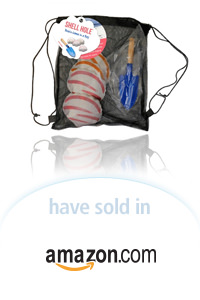